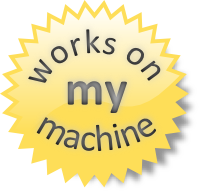 First we need an audio file

I don't want to point to any specific audio example since I'd feel bad if some poor soul's hosted mp3 file gets hammered (not likely) because of this example. But you just need a link to a simple, short mp3 (or whatever audio type you're trying to test). If you look at the sample below replace <<SampleAudioUrlHere>> with the link to your test audio file.

How does it work?

While I was prototyping this I was borrowing someone else short mp3 file and to work around CORS (cross origin http request) I used the handy https://crossorigin.me/<<SampleAudioUrlHere>> service. This may be ok to do for a prototype, but you should't typically run your requests through this service. It's insecure and against pretty much all the different web religions.

Show me the code

This was just a quick get-er-done example. Lots of not-great-practices, but it demonstrates the possibility. Enjoy!

I hope you found this quick tutorial useful. Would love to hear any feedback or thoughts on the approach.